Battle of the Book Launches! 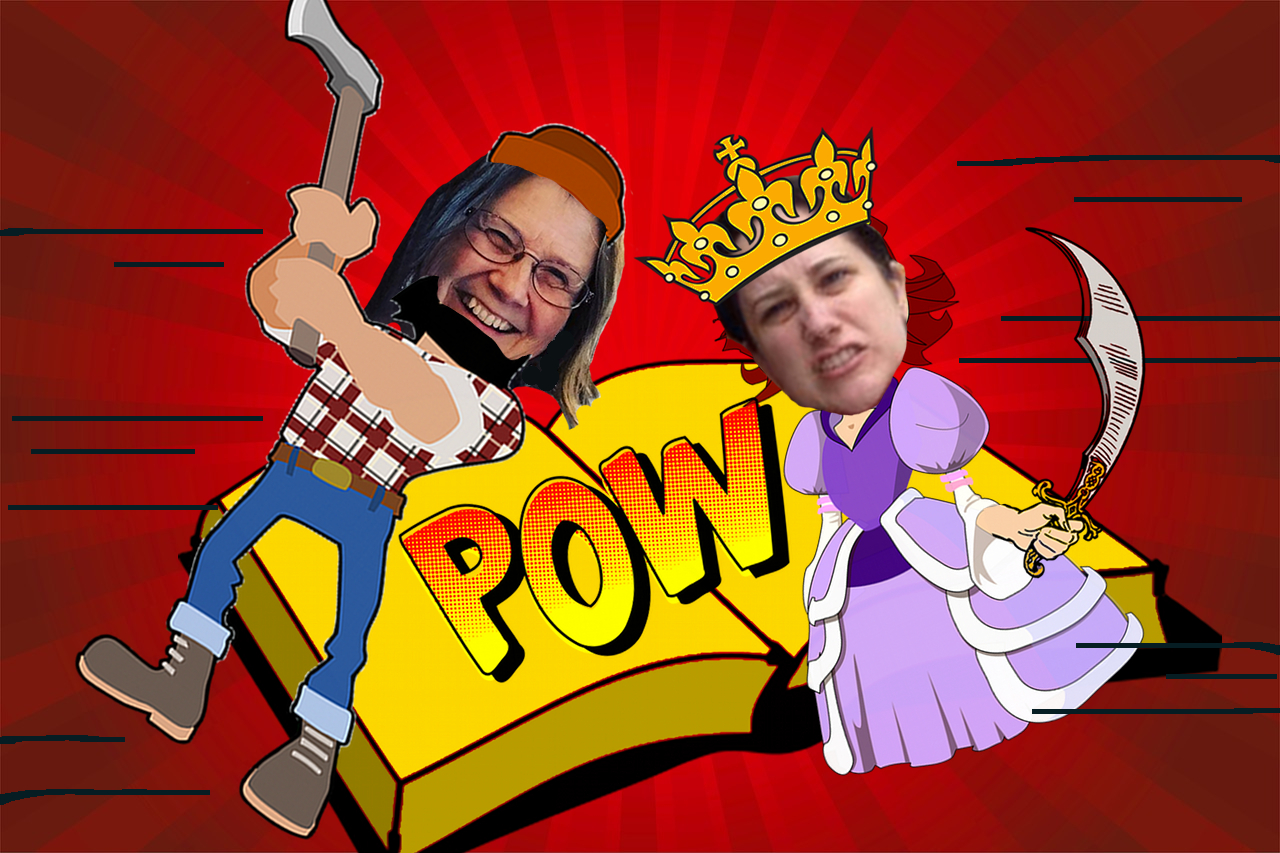 Adi & Rebecca Rule each have a NEW BOOK!!! 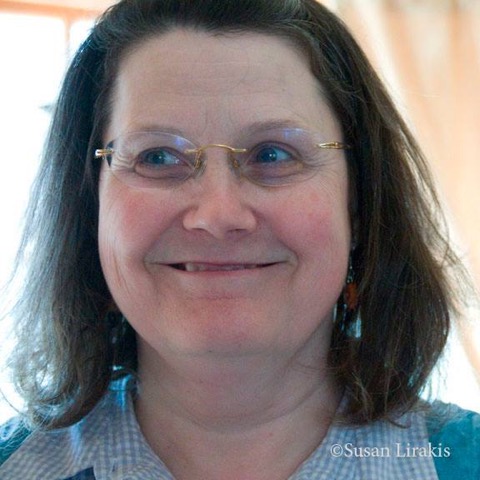 In this corner, champion of yankee culture, weighing in at over a dozen books with fat awards, it's Moose of Humor Rebecca Rule! She’ll be launching THAT REMINDS ME OF A FUNNY STORY, a memoir/storytelling how-to/compendium of yankee humor. Appropriate for all ages, but especially grown-ups. 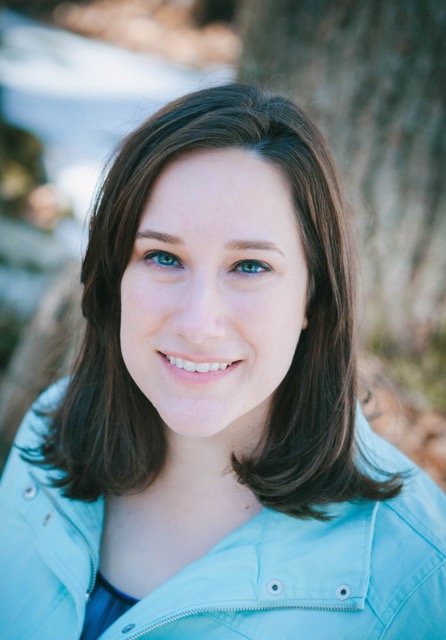 In that corner, wielding princess power and the magic of friendship, weighing in at three books with sparkly covers, it’s Adi Rule! She’ll be launching HEARTS OF ICE, a wintry fantasy perfect for ages 8-12 and anyone young at heart.

Prizes for our favorites! 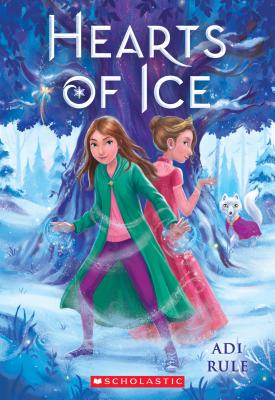 A dazzling adventure full of magic, snow . . . and sisters!
Evangeline has been lonely her whole life. Her mother rarely lets her play outside . . . especially not when it's snowing. It's almost as if she wants to hide her daughter from the world.
For as long as she can remember, Evangeline has felt someone missing, like a best friend who moved away, or an imaginary friend she's forgotten. She knows it sounds crazy, but the thought has always given her comfort-the idea that there's someone waiting for her, looking for her. Someone who cares about her.
On her birthday, Evangeline finds her window has blown open, and her room is full of snow. There's a message written in the frost. One word.
HELP
Evangeline learns that she has a sister, a twin, in fact. They were both born in another world-a land of snow and music and ancient magic. Now, someone is calling Evangeline back, and will stop at nothing to lure her into the magical realm where danger lurks.
Adi Rule is the author of The Hidden Twin and Strange Sweet Song, which won the 2016 NH Writers Project literary award for Outstanding Young Adult Book as well as the Vermont College of Fine Arts Houghton Mifflin/Clarion Prize (St Martin’s Press). Her middle grade debut, Hearts of Ice, comes out in September 2019 from Scholastic. Adi earned her MFA at the Vermont College of Fine Arts, and she still haunts the campus in search of cookies. She has led workshops throughout New England for groups that include 826 Boston, the VCFA Young Writers Network, and the NH Writers Project. Her work has appeared in Hunger Mountain journal of the arts and NH Pulp Fiction anthologies. She also contributes essays and features to New Hampshire Magazine. She lives in a swamp with cats who dislike each other. Visit her online at www.adirule.com.

That Reminds Me of a FUNNY Story 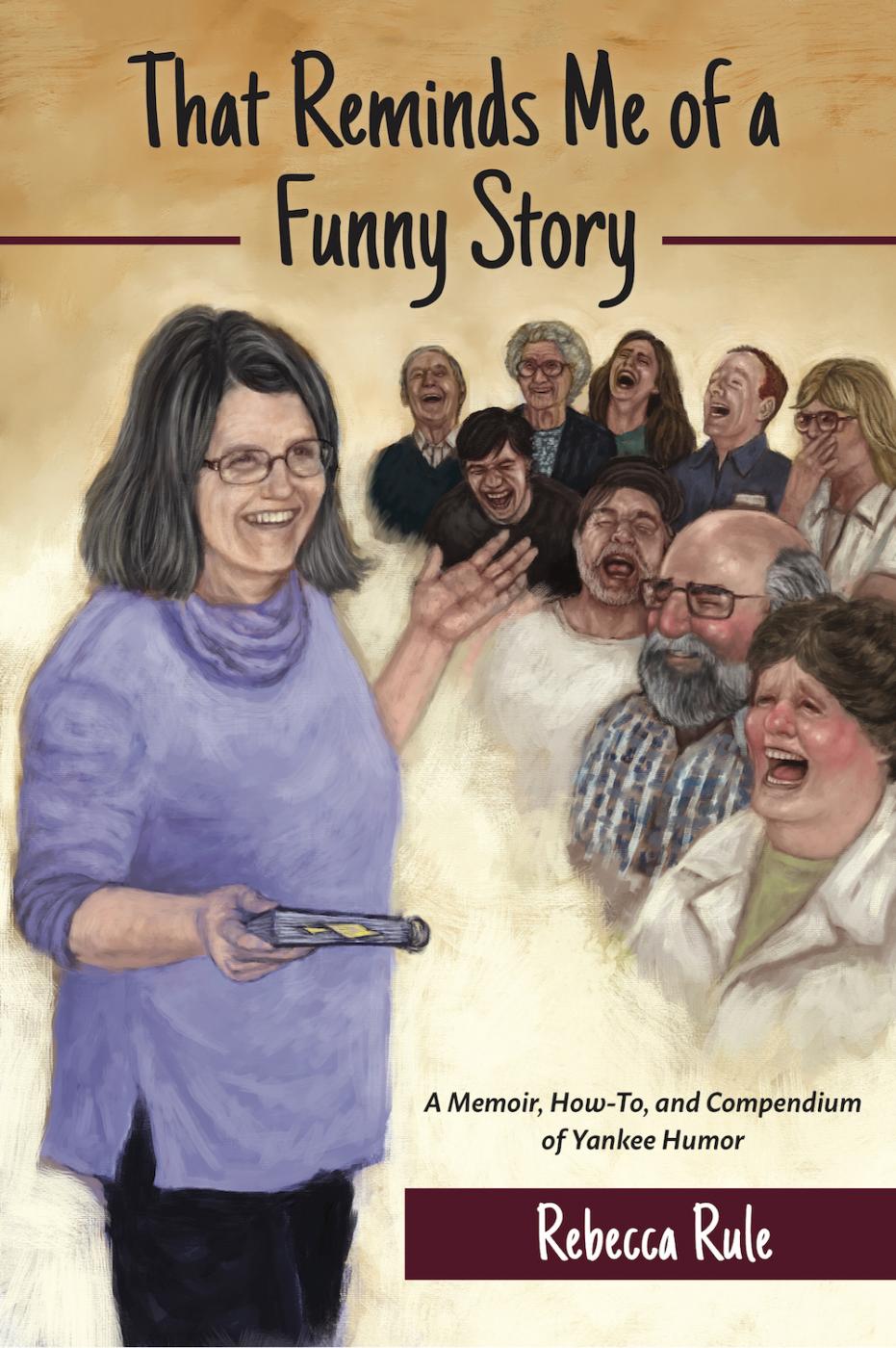 In her career as a yankee storyteller, Rebecca Rule has traveled throughout New England telling stories and gathering them. One story leads to another. At town halls, historical societies, churches, and senior centers, people have shared stories that connect them to this rocky old place we call home. They’ve shared stories of family, country living, adventures and misadventures, triumphs and “what the heck was that just happened?”

This book is the capstone on a twenty-five year career; the best of the best of these stories are collected here. It is also a memoir of how she came to be a storyteller, why storytelling matters, and what she has learned about the craft in the hundreds of performances she has given.

It’s a book full of characters, insight, heart, and good humor. Careful where you read it because you will be laughing out loud.

Alan Lomax traveled the world collecting folk songs. Becky Rule is the Alan Lomax of New England humor, having traveled the region for years, collecting and retelling stories that are as old as Bunker Hill and as new as last week’s town meeting. More than just a compendium of funny stories, this is a memoir, lexicon, how-to manual and homage to the characters who live here, conveyed with charm, wit, and generosity. This is a book to get you through a long New England winter, sipping slowly like hot cider. To use a favorite word of Becky’s, it’s a cockah. Ken Sheldon, humorist and author of novels for adults and children

Those of us who tell stories for a living wish that Becky Rule would stop giving away the secrets. For everyone else, this book is a treat—hilarious stories, how-to manual, Yankee lingo, and her own story, told by a real Yankee with solid maple credentials. It’s a book to get you through a long New England winter, sipping slowly like hot cider. To use one of her own favorite expressions, it’s a cockah! Fred Marple, author of Welcome to Frost Heaves--semi-true tales, rumors, and outright lies from the most under-appreciated town in New Hampshire.

Rebecca Rule is a full-time writer, humorist, storyteller, host for 10 years of the NH Authors Series on NHPTV, currently host of Our Hometown also on NHPTV. She’s been telling stories in New England, especially New Hampshire, for more than twenty years. She hasn’t visited every town in the Granite State, but pretty close — speaking at libraries, historical societies, rotaries, clubs, church groups, camp grounds, and charitable organizations. She says she likes collecting stories because “they’re free and you don’t have to dust them."
She’s the author of a dozen books including N is for NH, an ABC book with photographs by Scott Snyder. Other books include The Iciest Diciest Scariest Sled Ride Ever!, a picture book, illustrated by Jennifer Thermes;  Headin’ for the Rhubarb, A NH Dictionary (well, kinda); and The  Best Revenge, named one of five essential NH Books by NH Magazine and Outstanding Work of Fiction by the NH Writers Project. Sixty Years of Cuttin’ the Cheese: Joel Sherburne and Calef’s Famous Country Store takes a look at the beloved institution of the general store through the eyes of an amazing (and very funny) man who’s worked in one for sixty years and counting. Her new book, That Reminds Me of a FUNNY Story, will be published this fall by Hobblebush Press.

That Reminds Me of a Funny Story; A Memoir, How-To, and Compendium of Yankee Humor (Paperback)

N Is for New Hampshire (Hardcover)