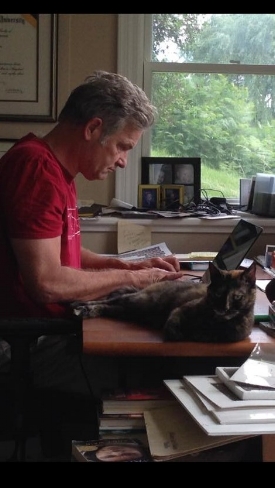 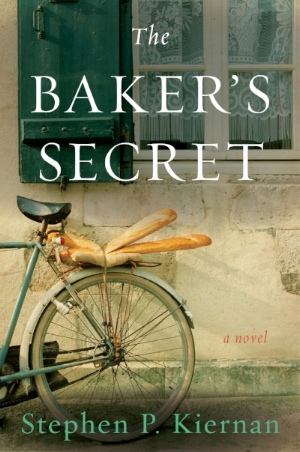 Library Journal: ''Moving and thought-provoking...will be popular with lovers of other recently popular World War II novels such as Anthony Doerr's All the Light We Cannot See.''

Booklist: "Kiernan invites readers to fully connect with his depressed and stoic heroine in this beautifully written account of the emotional and moral struggles of a people gripped by fear in the depths of WWII."

A tale beautifully, wisely, and masterfully told.” — Paula McLain, author of The Paris Wife and Circling the Sun

From the multiple-award-winning, critically acclaimed author of The Hummingbird and The Curiosity comes a dazzling novel of World War II—a shimmering tale of courage, determination, optimism, and the resilience of the human spirit, set in a small Normandy village on the eve of D-Day.

On June 5, 1944, as dawn rises over a small town on the Normandy coast of France, Emmanuelle is making the bread that has sustained her fellow villagers in the dark days since the Germans invaded her country.

Only twenty-two, Emma learned to bake at the side of a master, Ezra Kuchen, the village baker since before she was born. Apprenticed to Ezra at thirteen, Emma watched with shame and anger as her kind mentor was forced to wear the six-pointed yellow star on his clothing. She was likewise powerless to help when they pulled Ezra from his shop at gunpoint, the first of many villagers stolen away and never seen again.

In the years that her sleepy coastal village has suffered under the enemy, Emma has silently, stealthily fought back. Each day, she receives an extra ration of flour to bake a dozen baguettes for the occupying troops. And each day, she mixes that precious flour with ground straw to create enough dough for two extra loaves—contraband bread she shares with the hungry villagers. Under the cold, watchful eyes of armed soldiers, she builds a clandestine network of barter and trade that she and the villagers use to thwart their occupiers.

But her gift to the village is more than these few crusty loaves. Emma gives the people a taste of hope—the faith that one day the Allies will arrive to save them.

As a journalist and novelist, Stephen P. Kiernan has published nearly four million words. His newspaper work has garnered more than forty awards — including the George Polk Award and the Scripps Howard Award for Distinguished Service to the First Amendment.

Author of the novels THE HUMMINGBIRD and THE CURIOSITY, and the forthcoming novel THE BAKER'S SECRET (May, 2017), he has also written two nonfiction books, LAST RIGHTS and AUTHENTIC PATRIOTISM.

Stephen was born in Newtonville, NY the sixth of seven children. A graduate of Middlebury College, he received a Master of Arts degree from Johns Hopkins University and a Master of Fine Arts degree from the University of Iowa Writers’ Workshop. He has chaired the board of the Young Writers Project, served on the Vermont Legislative Committee on Pain and Palliative Care, and served on the advisory board of the New Hampshire Palliative Care Initiative.

Stephen travels the country speaking and consulting on how to expand use of hospice, palliative care and advance directives.

A performer on the guitar since he was ten years old, Stephen has recorded 3 CDs of solo instrumentals, and composed music for dance, the stage and documentary films.

He lives in Vermont with his two amazing sons.

The Baker's Secret: A Novel (Paperback)

The Hummingbird: A Novel (Paperback)

The Curiosity: A Novel (Paperback)